A Lumiere is a silent film of sixty seconds or less. See the Lumiere manifesto at http://videoblogging.info/ This is filmed at the top of Clent hill, Hagley, near Birmingham. You can see the obelisk on the neighbouring Wychbury Hill.

The obelisk that you can see to the right of frame is one of a series of antiquarian monuments the local landowner had built (along with the mock castle to the left, and the Temple of Theseus, that's in the trees in the middle).

The obelisk currently has the large graffiti on the side - Who Put Bella in the Witch Elm - referring to a famous local mystery from the Second World War in which a woman's dead body was found in a nearby wood (at the base of the hill the camera's standing on).
Posted by missinghen at 10:22 No comments:

I visited the Belgrade Theatre in Coventry earlier this week to shoot this news item. Young people from youth clubs across the city came together for a sell-out performance of music, dance, photography and art.
Posted by missinghen at 10:15 No comments:

A Lumiere is a silent film of sixty seconds or less. See the Lumiere manifesto at http://videoblogging.info/
Posted by missinghen at 23:37 No comments: 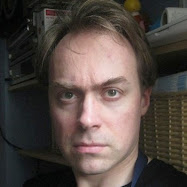 I'm a filmmaker, videojournalist and media trainer based in Birmingham in the United Kingdom. This blog brings together my various interests - professional, personal - through both video and text.
filljhaze@gmail.com